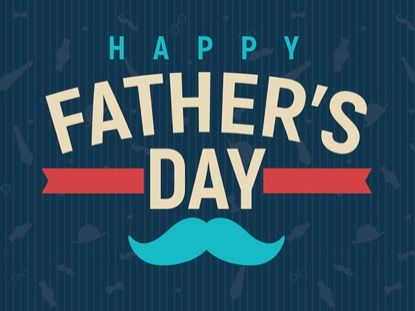 In Indianapolis, Father’s Day is theoretically supposed to be as important as Mother’s Day, but the reality can differ significantly. Even historically, the June celebration has always struggled to catch up with its mid-May precursor.

History has it that beginning in 1905, Mother’s Day’s originator Anna Jarvis started campaigning for a holiday honoring Moms. If there were many naysayers, they haven’t been heard from since, possibly because of Anna’s persuasive argument that mothers are “the person who has done more for you than anyone in the world.”

Four years later, in Spokane, Washington, Sonora Smart Dodd was listening to an early Mother’s Day sermon when inspiration struck: Dads should be feted, too! Despite the fact that her argument was notably weaker than Anna’s (at best pointing out that dads are probably “the person who has possibly done the most for you except for Mother”), she, too, persisted. Despite all obstacles, the Father’s Day idea was seized upon by William Jennings Bryan and, beginning in 1910, began to be celebrated in hills and hollows across America.

It should be acknowledged that Europeans celebrate their own version, which they call “Saint Joseph’s Day.” They get the longevity prize, having been at it since the Middle Ages—but they get the date wrong. Rather than celebrating on the third Sunday in June, they celebrate on March 19 (except in Germany, where for some reason, it’s always observed on a Thursday).

In the U.S., since Dads were traditionally considered to be less sentimental than Moms, in addition to simple gifts (Wikipedia says that all you have to get him are things like neckties or “anything mechanical”), Father’s Day is often observed by letting Dad watch sports on TV—or just letting him goof off.

It’s arguable that the best part for Dad is having the family gather around so he can feel proud of them. On that score, Indianapolis Father’s Day is every bit as rewarding as Mother’s version. Here’s hoping that this year’s is first-rate!