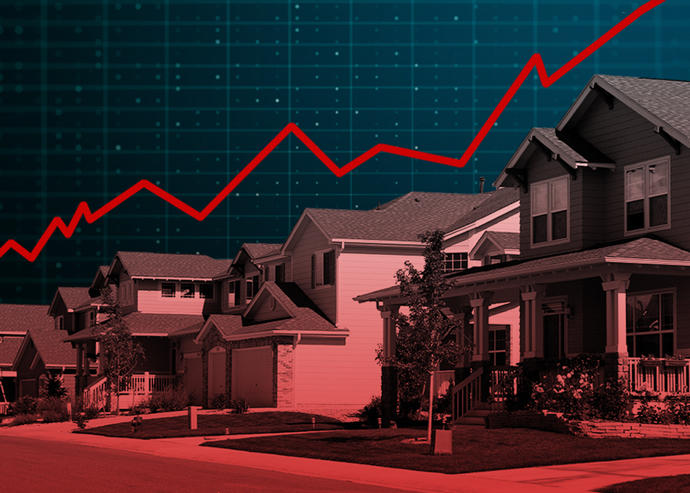 Last Monday marked the appearance of one of those research findings that headline writers love to exploit. They know that, like most readers, Carmel homeowners skim through the real estate sections, usually pausing only when an item seems to affect them or their properties directly. Monday’s item made for perfect headline fodder: a jarring non-sequitur bound to halt readers in their tracks—variations appeared in multiple publications.

Realtor Magazine made the most of the opportunity, headlining “Homes With Higher Fire Risk Sell for Nearly $120,000 More.” Redfin News had its own fun with “…Americans Flock to Fire-Prone Suburbia.”

For any Carmel homeowners who might have leaped to the conclusion that their own property values were likely to be dissed because of Carmel’s lack of sufficient fire menace, the actual details were reassuring. The facts made sense of the correlation between property values and fire hazard. It turned out to be coincidental rather than causative—and like many other recent shifts in consumer leanings, much could be attributed to the COVID pandemic.

At least a portion of the effect was due to how “demand for large homes skyrocketed during the pandemic….” According to economist Sheharyar Bokhari, this corresponded with a surge in Americans seeking respite from crowded city life. “Crowded” had assumed key importance during the early days of the outbreak when it became prudent to avoid crowds—a fear factor that even now has not completely disappeared.

What also hasn’t disappeared is the inevitable correlation between fire risk and the higher prices that automatically accompany larger suburban residences. According to Redfin research, “the typical high-fire-risk home purchased in April was 2,000 square feet, while the typical low-risk home was just 1,706 square feet.” The suburban price premium also coincides with suburban homes’ proximity to flammable vegetation—a factor that famously adds to fire risk.

Most Carmel homeowners have benefitted from the ongoing rise in property values—which even real estate headline writers would have to admit have been rising despite environmental threats of any kind (even fire risks). Meantime, for all your real estate queries and needs, we’re standing by to help!