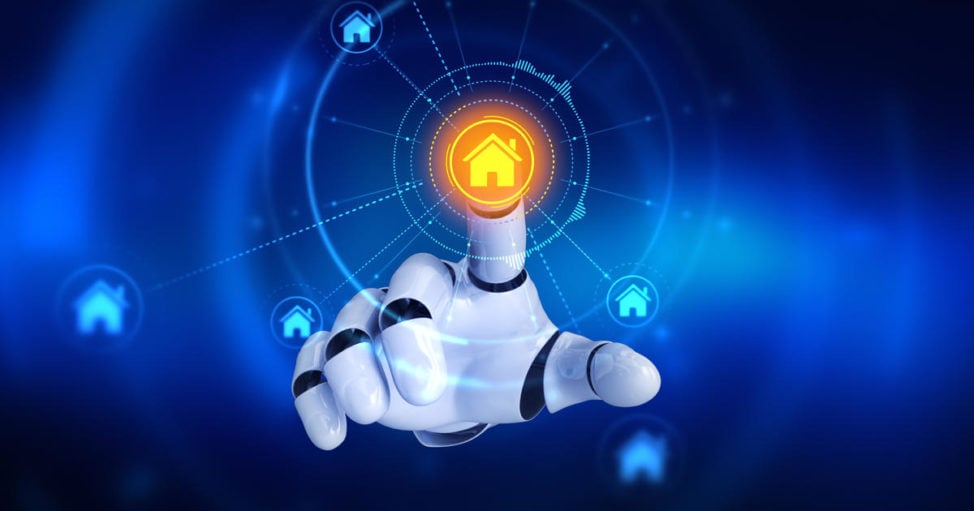 Leave it to the news media to uncover the latest threat to Indianapolis house-hunters’ peace of mind. Last week, the guilty party was the Associated Press, whose contribution seemed timed to introduce a disquieting competitor into the already-crowded field of prospective home buyers.

Today’s Indianapolis house-hunters had already been subjected to scare-mongering stories about recent buyers having to dig deeper into their pockets to land houses over the bids of hordes of competitors. Now comes the AP with word of a new sci-fi addition to the reputed multitude of overeager competitors: robots.

Robots who want to buy houses.

It might not have inspired a War of the Worlds panic, but CBS News’ headline was alarming:
Friend or Foe? Home-buying Bots Enter Real Estate Market

The details weren’t wholly reassuring for house-hunters who had been confidently assuming that their competitors were humans like themselves rather than Schwarzenegger-like Terminators bent on world- (or possibly just neighborhood-) domination.

·         The ‘robots’ aren’t really time-traveling automatons that ride motorcycles through police station walls—they are ‘bots’ (autonomous computer programs).
·         The bots aren’t bent on manipulating markets—they aren’t, for instance, overpaying for one house in a neighborhood so they can boost prices for others that they have already purchased (that had been rumored).
·         The bots, like human house-hunters, bid on properties like everyone else. They have a record of paying about 98.5% of estimated market value—although recently, they have even been found to overpay.
·         The bots are used by iBuyers—“instant” buyers—who use automated buying to do what all investors aim to do: make a profit from their purchases.
·         The most well-publicized iBuyer, Zillow, just shuttered its bot-centric unit, Zillow Offers, when it ran up an unsustainable cost for its automated mistakes.

The Zillow Offers failure pointed up one aspect of competition from automated real estate ventures—namely that a market-tested, well-informed real estate specialist is at least as able to devise a sound purchasing strategy as is one of today’s computer models. Until automated intelligence advances past current limitations, that means today’s house-hunters should rest easy when they team with a canny real estate professional. Do call us!