Why Is Carmel’s Busy Season Like a Nuclear Reaction? - Five-Star Realty Group 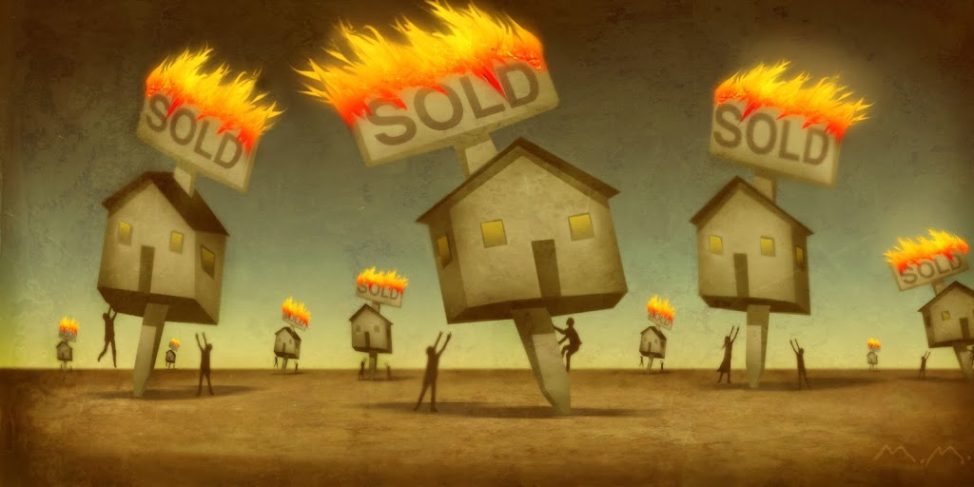 For those who have never bought or sold a home during Carmel real estate’s busy season, coming up with metaphors isn’t easy.

– It’s not like end-of-model-year auto sales because that season draws buyers by offering heavy discounts. Newly manufactured real estate isn’t arriving from the factory, so price reductions aren’t called for.
– Real estate’s high season isn’t like a nursery’s or hot tub dealer’s peak seasons, either—even though both get busier around the same time of year. The price tags for Carmel real estate transactions make such comparisons ill-suited—apt metaphors would have to be more momentous.

It might be more fitting to turn to nature or to science for a suitable analogy. If so, you could argue that Carmel’s spring and summer real estate season is like a nuclear reaction! Sure, that sounds a little far-fetched—but why not? In a nuclear reaction, two elements are abruptly brought together to release a burst of energy that powers our households. (Admittedly, that description leaves out a few details—but let’s not split atoms).

For any doubting Carmel Thomases, here’s the similarity:

During the Carmel real estate peak selling season, two kinds of real estate participants—buyers and sellers—are suddenly brought together to release a burst of activity that also produces something extremely useful. In scientific notation:

It is probably a good idea to avoid teasing out any further dubious metaphoric details lest those who truly understand actual nuclear science begin a slow boil. So let’s not compare hyperactive uranium electrons to highly motivated house-hunters or anything like that. Suffice it to say that for a nuclear reaction to work, everything has to be just so—exactly like the weather in Carmel’s real estate busy season!

Let’s leave the idea with the image of an explosion of activity that results in something everyone can agree is of great utility—particularly if you have decided to sell your own Carmel house, or to find one that fits your checklist to a ‘T.’ In either case, I hope you will give us a call!